I have a new friend who I’ll call “Chris,” who knows something about petroleum engineering. This new friend is some kind of engineer. I haven’t met this friend in person, but I’ve talked to Chris a few times on the computer and the phone recently.

Chris sent me an e-mail this week after reading a couple of the columns I’ve written about Meridian Energy Group, the company that wants to put an oil refinery beside Theodore Roosevelt National Park. Chris got interested in Meridian, I think, after reading about them, and started looking at their press releases and Facebook posts.

The Facebook post below, by Meridian’s Chief Operating Officer, Lance Medlin, caught Chris’s eye, especially the words “First of its kind!” So Chris sent it to me, along with these comments:

“Remote Operations and Engineering Centers are something the majors have had going for some time. Chevron, Shell, BP, Exxon, etc., all have remote centers to watch plant productions. Technologies supplied by SAP and folks like Emerson have been supplying the technologies that monitor, through metering, the amount of incoming crude, amount of refined fuel and gases, to tank storage and all the way through to offloading at the trucking and rail terminals.

“This automated system has been around, and ties back into the companies’ main accounting and inventory system at the office.

“For remote operations and engineering, this too has been around for many years. Not just a plant’s control room, but back in the offices, remote engineers and facility engineers can see what is happening, in real time, within a plant. They can evaluate issues, make improvements in the process systems, and they can see production per day.

“(Meridian) is aware of this from the other companies, and is using the idea (which is a good one but normal practice) and advertising it like they are the innovator.”

Well. So there. Fibbing to potential investors, trying to lure them into investing with phony claims, seems like kind of a sleazy tactic. Here’s the Facebook post.

There are some pretty fancy graphics in a news release on Meridian’s website, really pretty impressive. You should take a look. But those graphics are also pretty funny.

Under the headline “Our Remote Operations Center for Engineering Technologies (ROCET) . . .” is the photo (shown above) of what looks like a man monitoring a bunch of computer screens, including a map of the world in front of him. It looks to me they are trying to pass this off as their “ROCET.”

Well, you’ve got to admit that remote operations center looks pretty impressive. Except that’s not what’s in the photo. The photo is actually borrowed from an article about cybersecurity in an online magazine called IndustryWired. 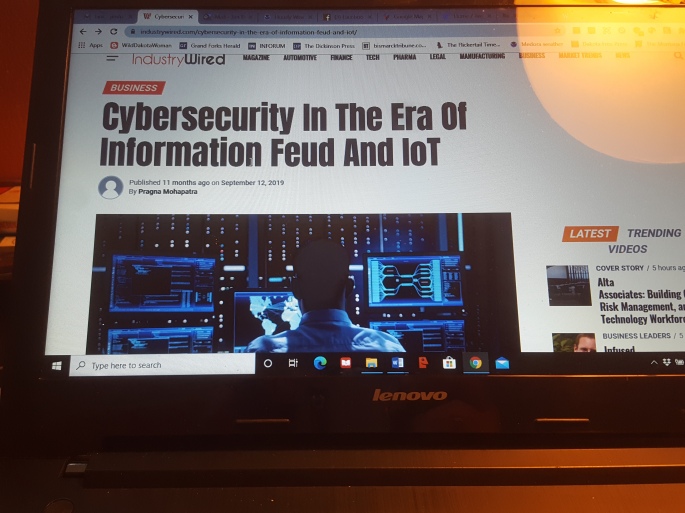 Or maybe it was borrowed from Ami Sarnowski’s Genesis 10 Blog. 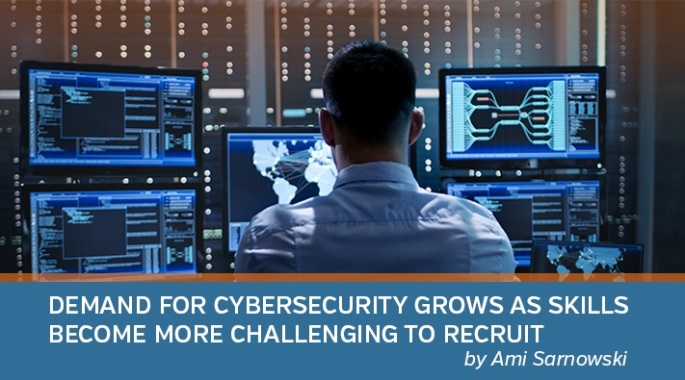 Actually, the photo is a stock photo from Getty Images, and you can find it in a dozen or so technology publications, mostly about cybersecurity. How stupid do these people at Meridian think we are, anyway?

I wrote here two years ago about asking Governor Doug Burgum if he should have his State Securities Commissioner take a look at this company and its stock sales tactics, and the Governor’s office wrote back:

“Commissioner (Karen) Tyler informs me that Meridian is utilizing a federal securities registration exemption under Regulation D Rule 506(c) of the 33 Act. This federal exemption requires that they only accept investments from Accredited Investors – income of $200,000-$300,000 or net worth of $1 million excluding primary residence.  The exemption largely pre-empts state securities regulatory authority.

“The Securities Department can require that Meridian put the department on notice that they are soliciting and selling in the state (Note: they’ve done that), and Securities’ anti-fraud authority is preserved, but it does not have the authority to opine upon and set requirements for their offering documents.”  (emphasis added)

“Would I be surprised if I learned down the road, in a few months, that this company never really intended to build an oil refinery here? No, I would not. In fact, I’d be willing to bet all my shares in the company that there’s at least a 50-50 chance this whole thing is a big stock scam designed to make some quick bucks for a few executives and board members.”

But everything I’ve learned about them, in the two years since I wrote that, is they’re besmirching the good name of the state of North Dakota. This certainly can’t be doing any good for our state’s reputation. We’re probably the laughing stock of the petrochemical industry by now. SOMEBODY in North Dakota’s state government should be looking into this company.

2 thoughts on “Would You Buy A Used ‘ROCET” From This Company?”